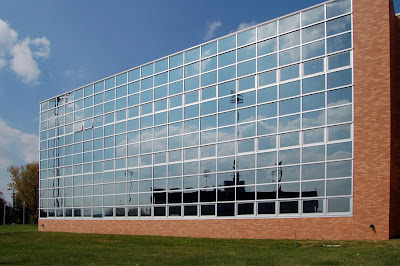 Glass is a wonderful material - you can see through it, but it lets nothing material pass.

It does let heat through, of course. But with coatings and double glazing that can be minimised.

There have been schemes to make glass windows that are liquid crystals, so that you can switch them electrically between transparent and opaque. But they are horrendously expensive. 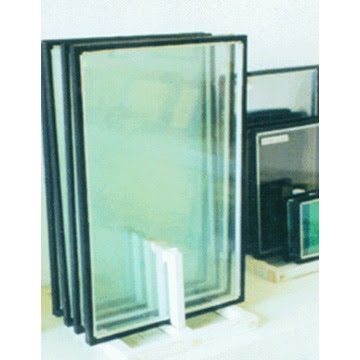 What's needed is a cheap simple mechanism to allow a window to be switched from transparent to shaded to opaque and back again that requires minimal electricity (such as that that could be generated by putting PV cells around the frame).

Why not pump coloured liquids between the inside two of the three panes of a tripple-glazed window? You could have any colour you want. You could use milky liquids to achieve opacity. You could even have fancy effects like a liquid with a suspension of neutral-density glitter to scatter the incoming sunlight all round a room rather than just dropping a quadrilateral of it on the floor.

The pump would only have to run when a change was needed, so the electrical requirements would be minimal. It would obviously be essential for the glass to drain dry when the liquid was pumped out to achieve total transparency (or before a colour change; you probably wouldn't want the alternative liquids to mix over time). To get that, you just give the glass a highly hydrophobic coating, like that achieved by lotus paint.

In a big deserted office block at night, you could even make a coarse-pixeled display of a whole glass curtain wall just by changing the colours and turning the room lights on and off under computer control...

Posted by Adrian Bowyer at 21:14 No comments: 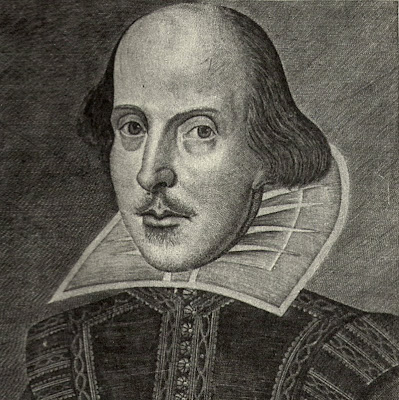 Stylometry is the battery of techniques used to compare the authorship of documents. Stylometrists do things like counting the frequency of the uses of "and" and "the". Similarity in a whole group of such measures and related statistics can say with reasonable certainty whether two documents were written by the same person.

But the web is a vast collection of samples of writing. It ought to be possible to run a crawler over it that logs the stylometric measures of every piece. A search engine could then be constructed that allowed anyone to submit some text for analysis. The engine would report back the most similar pages on the web in terms of writing style.

Would this be intrusive or useful? Probably both - people could check whether the reference they have just been given was actually written by the referee, or by the job candidate. Ghost writers of celebrity (auto)biographies would be exposed. It would just be interesting to know that Ian McEwan's style is closer to Margaret Atwood's than to Martin Amis's. And you could take any piece of writing from anywhere and find out who in the world is most likely to have written it.
Posted by Adrian Bowyer at 21:54 No comments: 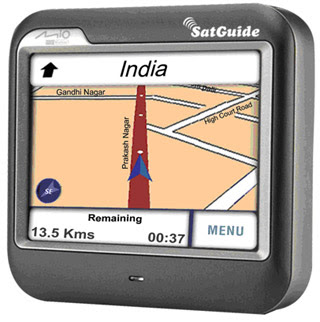 A curious aspect of human psychology is that it seems impossible to design a machine voice that is acceptable. There is the dimension with hectoring at one end and unctuous at the other. Patronising is a good way along that, and no point on it seems right. And in an orthogonal dimension there's Stephen Hawking's deliberately retro Dalek at the left and the uncanny-valley at the right. That latter voice is almost too perfect, and yet - or and so - you still know that it is a robot.

Of course, anything with a voice immediately passes the gut-reaction Turing test: if it talks to you, it must also understand you when you swear at it. And you swear at it with more gusto and elaboration than you do at the mere screwdriver with which you have just stabbed your thumb. Sure, the screwdriver is out to get you too, just like every other inanimate object in the universe, but it doesn't simultaneously assault you and adopt airs above its station.

In a forlorn attempt to escape from this, some GPS manufacturers offer the option of celebrity voices, allowing you to have Arnold Schwarzenegger (or Stephen Hawking) telling you to turn left in three hundred meters.

Let's accept that that problem is insoluble and go - so to speak - down a different road: why not use the voice to convey more information? The GPS knows (we hope) where it is. So it could speak to you in the appropriate regional accent.

In Bristol it would talk to you in completely different tones to those it would use in Bermondsey. What's more, with blending techniques similar to those used to morph a computer graphic of one face into another, the accent could change smoothly from west-country to cockney as you drove East up the M4. This would be interesting, would help to preserve those accents against the onslaught of electronic cultural uniformity, and would (in Glasgow) be incomprehensible to all but people who knew their route anyway. You could even have a freeze button, so that, when you hit an accent you particularly liked, you could lock the machine to speak that way until you decided to release it from your spell.
Posted by Adrian Bowyer at 13:01 No comments: 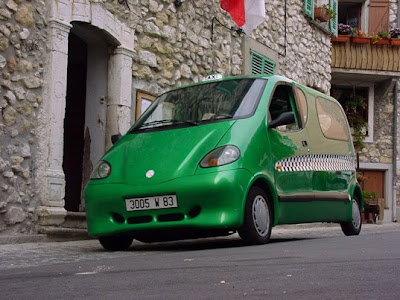 This is a zero-emission car that runs on compressed air. The air engine is made by a French company called MDI, and the car's claimed top speed and range are about 100 kph and 250 km respectively. An obvious advantage of this over an electric car with batteries is that it's very easy to re-charge - you just plug in a compressed air line for a few seconds, and then off you go.

I am old enough to remember steam railway locomotives from when I was a child. Around the age of eight I saw a very curious one like this: 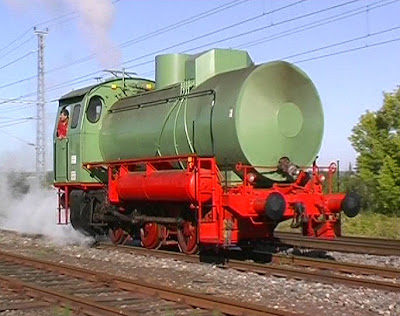 Smug and thermodynamically-aware, even at eight, I realised that - if it had no funnel - it couldn't have a firebox. And - if it had no firebox - it had no source of power. Yet it was happily shunting wagons up and down the tracks with lots of hissing and steam.

My father explained that the locomotive was carefully insulated, and that all they did was to fill it with very hot water under very high pressure from a stationary boiler beside the track in the morning. Then it would shunt all day as its store of water boiled off to steam.

This has potential for cars too. With modern materials like aerogels we should be able to make an almost perfectly-insulated pressure tank.

The compressed air for the compressed-air car comes from an electric compressor. Here all that would be needed would be an electric kettle element embedded in the car's insulated tank. You would fill the tank with water in the evening when you got home, plug the car in, and switch it on. The water would be heated to a few hundred degrees under high pressure overnight, and the car would be ready to go in the morning.

And the simplicity of re-charging that the air car achieves would be retained by the stored-steam car too. At the filling station you'd just refill the car from the filling-station's boiler.
Posted by Adrian Bowyer at 09:14 No comments: 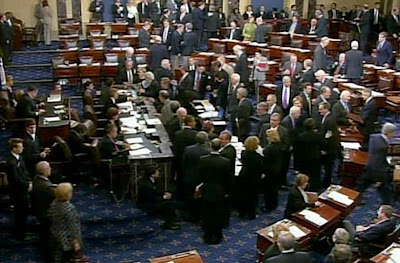 Democracies and dictatorships share a shortcoming: those in power want to be there. Since before Plato we have known that the most important disqualification from government should be a desire to govern, and there have been many proposals over the years for rule by juries of conscripts. My personal favourite would be to retain the idea of elected representatives from constituencies, but to deny those representatives the right to vote. They would be able to propose and to debate, rather like courtroom lawyers, but the conscripted jury (who would be allowed to do neither) would get to make the decisions.

But no such scheme will be implemented, of course, because both the politicians currently in power and their opponents who want to be in power next year have no interest in volunteering to be usurped by a jury of Ordinary People.

So how could we move a little way in the direction of government by jury?

One difficulty prevalent in democracies is a byproduct from the need to establish consensus to get anywhere. This good thing leads to a bad thing: the social cohesion required of the ruling group and the desire of its members for preferment cause those members to vote with the group even when they know it's doing something silly (and these are politicians remember, so silliness is pretty inevitable).

Secret votes in parliaments and senates would eliminate that difficulty completely. But that would lead, in turn, to a democratic problem: constituents need to know how their representatives voted in time for the next election, so they can decide if those representatives kept their promises and acted well.

Fortunately the inevitable bureaucracy of general-election nominations can be used to resolve this problem quite simply. Election candidates have to put in candidature forms before a deadline that is some weeks ahead of an election. Therefore we set up a scheme whereby sitting parliamentarians and congresspersons vote secretly in their parliament, and their votes are recorded. Then, the day after the deadline for the election-candidature forms, the voting records of all sitting members are released.

That way people in parliaments can vote according to how they really think, and the electorate also gets to know exactly how they voted before deciding whether or not to re-elect them.
Posted by Adrian Bowyer at 09:38 No comments: