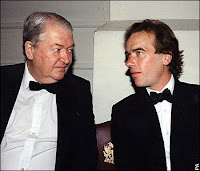 Some professions seem highly heritable.  Think of the number of famous writers and actors whose parents did the same thing.  Though less publicly obvious, engineering is a highly heritable profession too.  (Anecdotally, I am an engineer and my father was an engineer, as was my maternal grandfather.)

And yet, no one seems (i.e. I did one Google search...)  to have studied this.  There are - literally - gigabytes of public records in the form of marriage certificates in the like that simultaneously record the jobs of both parents and their children, so it ought to be straightforward to rank professions by their heritability.  There would probably be a bias towards father/son relationships that would mirror the inequity in job opportunities in past ages (and today...), but it ought to be reasonably straightforward to control for that in such a large statistical sample.

A ranking of professions by heritability would serve as a rich basis for all those entertaining nature/nurture arguments about human characteristics, as well as for some serious genetic and developmental studies...
Posted by Adrian Bowyer at 10:23 1 comment: 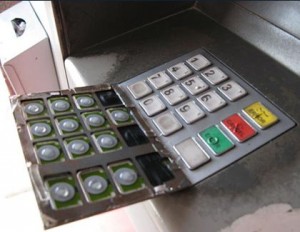 Money is not evolutionarily stable.

By this, I mean that no living organism would ever evolve by natural selection that had a system of exchanging worthless, but hard-to-forge, tokens for items of value with other organisms (either of its own species, or of another).

Firstly, it is obvious that this has never happened.  No living thing has - or has ever had - a system equivalent to money.  This could be simply because the money mutation has never been chanced upon by natural selection.  But in fact it goes deeper than that.  Such a mutation would be less fit than its competitors and would die out, as I shall show.

But hang on, you say, people are naturally-evolved living organisms, and people use money.  Yes - but human money is a temporary aberration; our money is about to succumb to the forces that have prevented its evolving and surviving elsewhere in nature.  Indeed, we have just started to see the first signs of its mortality.

Before we go on, note that there are plenty of bartering systems in nature.  Nectar is exchanged for pollination; sugary fruit is exchanged for the distribution of seeds.   But nectar and fruit have real value; they cost real energy to synthesise and their consumer gets some of that real energy back; they are like you obtaining your groceries by giving the shop 20 litres of petrol.

So why don't plants give bees a nectar token that the bees can cash in for a meal later, or maybe exchange with a house martin for a nest site?  The reason is the phrase "hard-to-forge" that I started with.  Such a scheme would put a selection pressure on the bees to forge the nectar tokens so they could get free nectar (or nest sites).  And they would succeed because, like all living things, they make everything atom by atom.

Nothing, and certainly no worthless token, is unforgeable if you construct everything atom by atom, and this is the reason that money is evolutionarily unstable.

The picture above is of a forged keyboard on an ATM machine designed to clone credit cards.   The latest scam is to use 3D printing to make these.   Eventually 3D printers will be using atomic force microscope technology to build everything they make atom by atom.  Coins, bank notes, and credit cards will be among the simpler items to manufacture.

At that point money becomes valueless.  We will be left with just the encryption-based schemes like Bitcoin in its place.  Except that we won't, because one of the items that atom-by-atom 3D printing will probably give us is the quantum computer, which allows anyone to crack all the encryption schemes currently in use.  Maybe money will survive in the form of quantum encryption, but that seems far from certain.

If the ability to make anything kills money, how fortunate it will be that we will coincidentally have just aquired a universal technology that will allow people to make everything that they want for themselves without money...
Posted by Adrian Bowyer at 21:58 5 comments: