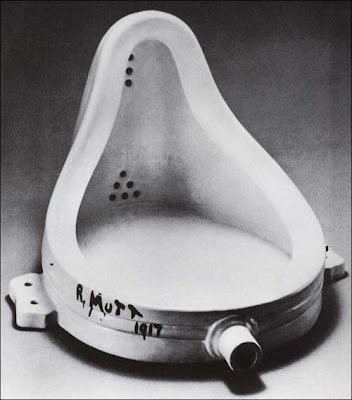 As any gentleman who, being caught short, has nipped behind a hedge and inadvertently peed on an electric fence will attest, the experience is really quite memorable.  Indeed, so memorable is it that it is an almost perfect Pavlovian conditioner - once shocked, never forgotten.

It seems to me that the womenfolk of a household could put this to good use.  Many complain of poor male aim.  A wire ring powered by a small battery-driven inverter could be concealed invisibly under the flush-ring at the top of a lavatory bowl.  As aim drifted absentmindedly to one side, an automatic reminder would be experienced by the person performing an act of nitrogenous excretion.  The voltage could be adjusted from mild-tingly-admonition to contravenes-the-Geneva-Convention, ideally by a wireless remote that could be deployed from the other side of a door...

Posted by Adrian Bowyer at 18:21 No comments: 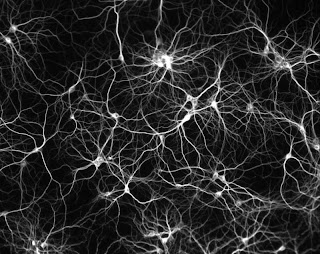 A neuron is (conceptually - if that's the right word) a fairly straightforward device.  Signals come in through its dendrites and are added up.  If the sum exceeds a value, the neuron sends a signal out along its axon, which is connected to the dendrites of lots of other neurons.  Otherwise it stays schtum.


The number of neurons you have (1011) is quite impressive, but nowhere near as impressive as the number of links each neuron makes with others (typically thousands).  Considered as a whole, it is that interconnectivity that makes the human mind the most fabulous object in the Universe.


But it is also annoyingly fragile.  After one has got past the grief when someone dies, a remaining irritation is the realisation that all that they knew has died too.  Who is that person in the photograph? you want to be able to ask them.  What do you think of Jim and Clara's buying that house?


An abiding and very old science fiction response to this mortal fragility is to propose some sort of brain scan that allows the recording of the entire structure and then the use of that data to create its emulation in a large computer.


But let's return to the inherent simplicity of a single neuron.  In a few years time we ought to be able to do the same in silicon.  (We could now, but for the very high connectivity.)  And we'll soon - apparently - have hordes of nanobots swimming round our insides fixing up molecular breakages.  If they also replaced about four million neurons (a tiny fraction) every day with their silicon equivalents, then, by the time someone was eighty, their brain would be entirely electronic.  And the life-long process would be so gradual and smooth that it would become part of the normal acquisition of wisdom with age.


But when someone's body died, you would be able to crack their scull, take out their silicon brain, plug in a five-volt power supply, a webcam, a microphone, one or two robot avatars and a network connection, and they would live forever.


And no one would ever get Alzheimer's disease again...
Posted by Adrian Bowyer at 20:32 No comments:

Tube stations are plastered with advertising - it helps defray the cost of running the trains, and without it Oysters would need even more money put on them than they do now.

But in the tunnels the windows go black.  This is despite the fact that the passing train is throwing light out onto them.  Why not put ads there too?

The reason is that they would rush past in a blur.  Old-fashioned film would do the same if you just moved it through the gate of its projector.  Each frame had to stop at the gate, and a shutter had to open and close to freeze the frame for a moment on the screen.  Then there was a short time gap before the next frame.  You didn't see this gap because of your eyes' persistence of vision.

By making tube windows from liquid crystals just like the ones used for 3D movie glasses it should be possible to achieve the same effect.  As the train went past a set of identical pictures pasted to the tunnel wall the window liquid-crystal shutter would open and close for each one, maybe with an outward-pointing electronic flash to illuminate it extra brightly.  The opening and the flash could be triggered by a mark on the tunnel wall beside each picture to keep the whole thing in synchronization whatever the speed the train was moving at.

Identical pictures would give a still image.  But of course you could make moving pictures too.

Perhaps there should be ads all down one wall, and an idyllic sunlit country landscape with the trees moving gently in the breeze down the other...
Posted by Adrian Bowyer at 14:09 2 comments: 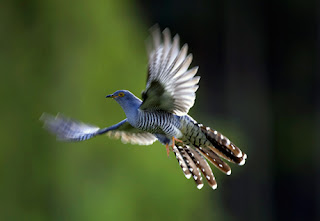 One of the advantages of being viviparous is that you know who your children are.  Or at least, you do if you are female - if you gave birth to it, then it's yours.  You know what your baby looks like; you know its smell.

This is the reason that brood parasitism is much more prevalent among birds than among mammals.  Brood parasitism is a very efficient reproductive strategy - you can have cared-for offspring without the trouble of caring for them.  But if you are a mammal, it's a lot harder to give live-birth in someone else's burrow and to get away with it than it is for a bird to lay an egg in some other bird's nest.

So why are brood parasites still comparatively rare, even among birds?  There is clearly an evolutionary arms race between the parasite and the parasitised.   To be effective, the parasite's egg must look as much like the host's egg as possible.  To a certain extent, the parasite can take advantage of the superstimulus effect to lay a bigger egg than the host's, so the resulting chick can be stronger and fight its corner better.  But there's a limit to this.  If parasitism were too common, the superstimulus effect itself would be selected against in the host and cease to work.

Bird eyesight is good anyway, so there's a strong selection pressure on the hosts to be able to recognise the individual speckle patterns on their eggs.  It might be thought that the host would also evolve an ability to count, but that is not much use: if you come back to six eggs when you know you laid five, which one do you smash?   Also, giving eggs a characteristic smell is not helpful because it nullifies one of the principal advantages of being oviparous in the first place: predators can't smell your young.

However, all this assumes that there are two species competing.  But if you are - say - a blackbird, it must also make sense for you to lay an egg in another blackbird's nest.  You gain the same advantage for your chick as the cuckoo and the cow bird normally have over you, plus your deception is a lot harder to spot.

This puts a female bird in a similar (but not identical) position to a male mammal: a man (before DNA testing) was never certain that the child he was rearing was his, though a woman was.   But the man can father other children that he does not need to care for.  By using conspecific brood parasitism both a male and a female bird can have chicks that they don't need to care for, but neither is certain that the chick that they are rearing is their own.

In mammals the Y chromosome is asymmetrically passed exclusively down the male line.  Birds have the opposite system: their W chromosome is asymmetrically passed exclusively down the female line.  It would be interesting to look for similarities in the behavioural consequences of the possession of these two chromosomes given that egg-laying in the wrong nest puts female birds in a similar evolutionary position to a man fathering children by a woman other than his partner.

Indeed, maybe the Y and W chromosomal asymmetry itself is - in part - an evolutionary consequence of this similarity.
Posted by Adrian Bowyer at 17:02 No comments: 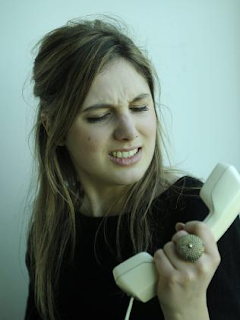 When you phone virtually any large company or government department the phone will be answered by a robot.  The robot will tell you to press "1" for fifteen minutes of Vivaldi, or "2" for twenty minutes of Gerry Rafferty playing Baker Street.  From time to time the music will fade out, giving you the false hope that a real person will come on the line and actually deal with your query.  But of course it's just the end of the track - Vivaldi is replaced by Rafferty, or vice versa.  And so on.  For ever and ever.  World without end.

The reason that this makes you want to go and dynamite the head office of the organization concerned (surely no jury would convict?) is that they have imperiously decided that their time is much more valuable than yours, and that they have then implemented a Kafkaesque system that you cannot escape to impose that decision upon you.

I once recorded an endless loop of Greensleeves on my pocket dictaphone.   I faded the music down every thirty seconds or so and interspersed a message saying, "Your answer is important to us.  Please hold."  I would set this playing by the phone when the robot came on, so that the organisation's minion, when he or she finally did answer, would wait till I could be bothered to return.  I would then get on with something more important.

But what is really needed is some legal punitive measure.  How about a simple law that says, when you call somewhere and a non-human answers, you can press the * key and the call charges are reversed crediting money to your phone account until a human comes on the line?

This would at least redress the balance - you would be being paid by the organization for your time that they are wasting.

It might even become possible to make a comfortable income by calling up the worst offenders, pressing *, and then (some time later) wishing the person who finally answered a good day and hanging up...
Posted by Adrian Bowyer at 12:31 No comments: