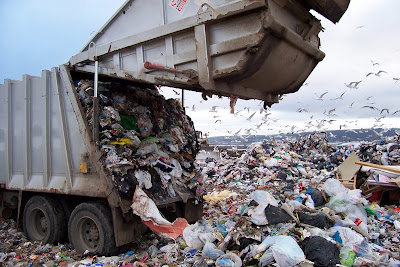 The two most immediate dangers the Earth faces are anthropogenic climate change and the ongoing current mass-extinction event, also anthropogenic.  There are bigger dangers, of course, but those two are the most close at hand.  They are also two that we can do something about.

For climate change, how should we set about reducing atmospheric CO2?  It seems to me that if we are going to save the planet, we should harness the single most powerful force that we know and set it to tackling the problem.

The single most powerful force that we know is human greed and stupidity.

World yearly plastic production is currently about 300 Mt.  That plastic contains about 250 Mt of carbon.  World CO2 production is about 30,000 Mt.  That CO2 contains about 8,800 Mt of carbon (oxygen is a lot heavier than hydrogen).  So the world's consumption of plastics uses up about 3% of the carbon that we emit into the air - a useful dent.  Except it doesn't use it up, of course, because most of those plastics are made from oil that came from underground.

What we should be doing is to make non-bio-degradable plastics from plants, and then to encourage people to consume them and waste them, throwing them into landfill.  The economic churn would throw positive feedback into the mix, people would be getting more and more of the consumer goods that they crave, and the carbon would be being locked up in the ground far more securely than with any current carbon-capture scheme.

Greed is good, as Gordon Gekko said.  Consume, and don't recycle.  Throw stuff away to save the world. 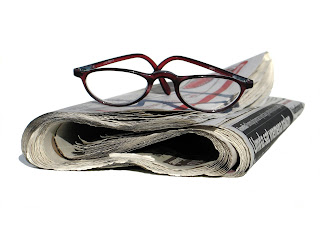 Last week I was named as the 103rd most influential person in British science by the Times' Eureka science magazine.

I am, of course, very grateful to the Times for considering me, and for the party that they organised in the Science Museum in South Kensington for us all.

In addition to lots of my fellow scientists and engineers, there were quite a few people from the Times at the party, and the conversation turned to News International's paywall.  Behind this their online newspaper content now resides.  There was much rather anxious discussion about whether or not it was going to work.  I said that it ought to be straightforward to predict if it will or not using evolutionary game theory, and on the train on the way back home, I worked it out. 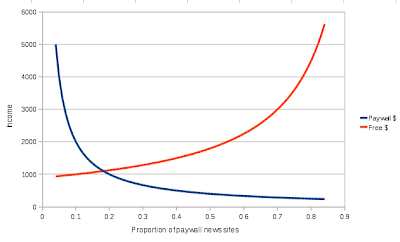 The actual Y-axis numbers are arbitrary.  What's interesting is the shape of the curves.  As more and more sites go behind paywalls the income per site drops because the paying customers have more choice, and there is less advertising income per site.  The free sites' incomes rise, because all the remaining newsreaders go to them, and so - consequently - does most of the advertising.

This graph must be the reason that News International broke ranks and went paywall first.  That means that they are operating at the left-hand end of the graph on the blue curve.  If you are a big news organization it makes sense to occupy as much of that left-hand end as possible.  Indeed, if the total of all your own paywall sites just makes your proportion of all the news sites in the world the crossing point, then you get all the paywall income that the world has to offer, and your rivals will do better to stay free...
Posted by Adrian Bowyer at 15:46 1 comment:

We all want sustainable energy these days, what with fossil-fuel-induced climate change and the need for nations not to have to rely on dodgy foreigners to sell them the gigajoules they need.

Why don't we use the power of the wind?  I don't mean the pathetic flow of air over our own planet that we already capture with giant versions of children's toy windmills.  I mean an altogether more serious wind: 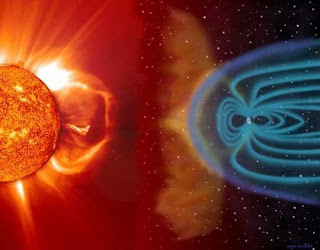 And I also don't mean capturing its kinetic energy.  That would be far too difficult, and it's not the main source of energy in the solar wind anyway.  The main source of energy in the solar wind is helium-3.   This isotope of helium is particularly suited for use in fusion reactors.  Fusion reactors are attractive because they are potentially very powerful, and because anyone can make one for a few hundred dollars.  Admittedly we haven't yet made one that generates more energy out than you have to feed in, but an abundant source of helium-3 and the combined genius of lots of garden-shed tinkerers might well change all that.

There is almost no helium-3 on Earth.  It has been proposed to mine the Moon for it, as the solar wind embeds it in the lunar regolith.  But the problem with that is that the Moon is a gravity hole that you have to expend energy getting down to, and then expend more getting up from.

Why not put a solar-powered satellite that is, essentially, a big electromagnet at one of the Lagrange points?  The solar wind is ionised, and so it would stream to the satellite's poles, like a mini aurora. 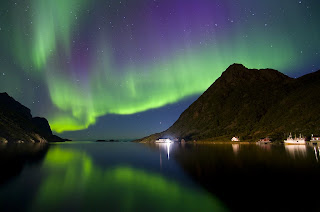 Of course, helium-3 is only a minor component of the solar wind, so it needs to be separated.  But here things start playing to our advantage.  The satellite would use the same technique that mass spectrometers use to produce a clean stream: when you pass an ionised plasma through a magnetic field, the ions deflect through different angles depending on their mass.  All you have to do is to put a collector at the correct angle to the magnetic field for an atomic mass of 3, and the helium isotope you want just falls into it.

If we got everything right, we could provide thousands of amateur fusion researchers with a fuel with real potential, and leave them to collaborate and to compete in the usual crowd-source way to come up with the best design.

And, when they give us our first energy-positive fusion reactor, we would have a non-polluting power source for the entire world that, as it would have been developed on-line by a collective, would be free of patent encumbrance.

Finally consider this: people working on fusion power are, of course, working on building clean power stations.  But — in some cases without realising it — they are also building the human race's first starship engine...
Posted by Adrian Bowyer at 12:19 No comments: 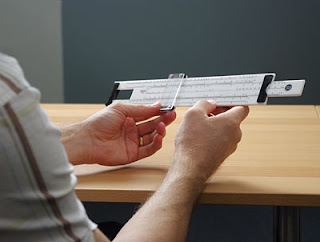 The number of people with autism-spectrum disorders is increasing faster than the number of those with any other single neuropsychiatric condition.  Without doubt, this is partly discovery through better diagnosis techniques.  But there is significant real growth too.

People with autism are more than twice as likely than people without to have fathers and grandfathers who are engineers.   Further, it is known that autism is strongly heritable.

The Industrial Revolution made engineering one of the most secure of human professions.  Engineers only occasionally get rich and famous, of course, but they almost always live comfortable lives.  They are often among the last to find themselves unemployed when times are hard, and economic pick-up sees them in the vanguard of those back to work.

And a comfortable life is an optimal basis for the raising of children.  Perhaps, since the Industrial Revolution, simple Darwinian selection has acted to increase the proportion of descendants of engineers in the population.

Perhaps further, a side-effect of this increase is the increase in autism-spectrum disorders that we are now seeing.
Posted by Adrian Bowyer at 14:28 No comments: