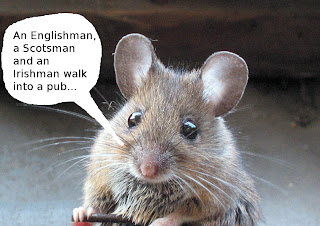 There is no point in genetically engineering an organism unless the result is evolutionarily stable.  Usually that stability comes about as a result of engineering in a characteristic that is desirable to people - making a rice that is more nutritious, say.  The new rice will not be able to out-compete its wild rivals because it's wasting energy laying down beta-carotene (or whatever), but it still prospers because of its symbiotic mutualist relationship with its creators.  We protect and nurture it because it gives us something we need, so it doesn't go extinct.

We also put a lot of effort into eradicating pests.  There is a constant human war against pigeons, rats, cockroaches and the rest.  We rarely win of course (except for smallpox), but we manage.  However, suppose we were to change the balance?  Suppose we were to take a pest and to modify it so that it had a characteristic that people valued?  If we were to release that ex-pest into the wild, it should out-compete its unaltered brethren because it would enjoy human support.  We would have won by overwhelming the pest with competitors from among its own kind.

Doing this agriculturally (like the rice) would be useless.  We concentrate agricultural species into a protected monoculture in one place.  In contrast, the ex-pests would have to survive in the wild to compete successfully with the continuing pests, just occasionally gaining support from people to tip the balance.  How could we engineer a characteristic in the ex-pest that would benefit it in just occasional interactions with people?

How about performing for food?  For example, how about stand-up mice?

Artificial intelligence researchers are fond of computer programs called chatbots.  These are formulaic (and quite simple) pieces of software that are able to hold rather restricted conversations with people.  They are a step on the road to programs that can pass the Turing Test.  That's a long road, and chatbots really are only one step, but they are quite interesting to talk with.  They can be set up to tell jokes, to ask people riddles and to conduct all sorts of other, well, chat.

We can't make a genuinely intelligent mouse, of course (well - not yet).  But we might be able to incorporate the straightforward algorithmic processes of a chatbot, and to alter the animal's vocal tract to form the equivalent of a simple train-announcement-style speech synthesiser.  The mouse would come up to you and tell you a joke.  If you gave it cheese, it would tell you another...

Soon, all the mice in the world would be much-loved well-fed comedians...

Posted by Adrian Bowyer at 09:07 No comments: 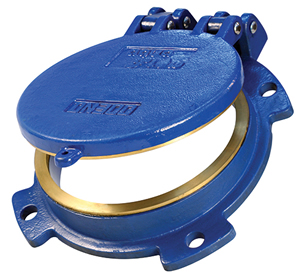 Goretex (invented by the Gores père et fils and Rowena Taylor) famously allows air and water vapour to pass through, but not liquid water.  It is a waterproof fabric that breathes.  Its trick is to sandwich a thin film of PTFE punctured by micropores in between two reinforcing sheets of conventional cloth.  The micropores allow air and vapour through, but are too small for a liquid to pass because of surface tension.

But it doesn't have a directionality.  The ideal garment would behave like Gortex, but only allow air and water vapour to pass out, not in.  That would keep you warm as well as dry, while still allowing a healthy flow of air.

The simplest one-way valve is a flap valve.  This uses the fluid medium that it is regulating as the source of power to prevent flow in one direction while allowing it in the other.  It ought to be possible to make micropores with additional microflaps over one end all out of the same material.  The flaps would not have to be perfect - we are after an aggregate effect (rather like Velcro, where not every loop catches a hook, but it still works fine).   A fabric made of such a material would allow gases to pass one way through it, but not the other and be exceptionally comfortable to wear.

Of course, if you can make the flaps small and light enough, right down at the atomic scale, then you have constructed a Maxwell's Demon...
Posted by Adrian Bowyer at 13:03 No comments: 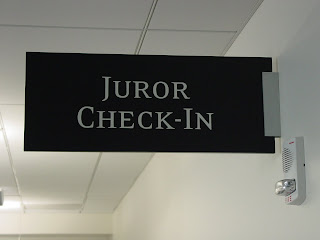 If you live a blameless life, and then develop a brain tumour that turns you to violence, the law may need to restrain you, but it has no business punishing you.  This is a general legal principle that extends to pleas of insanity, diminished responsibility and so on.

In the - seemingly eternal - philosophical debate over free will a key point is often made that universalises this idea.  It is that, if there is no such thing as free will, then it makes no moral sense to punish criminals at all.  If all acts that people make are either determined or spontaneous, and people have no magic Cartesian inner pilot exercising willfulness, then every accused criminal is effectively in the same position as the tumour sufferer.  Their actions are the products of circumstances, rather than a brain lesion, but their social and moral position is indistinguishable.  Once again, restraint may be appropriate, but not punishment.  (Irrelevantly, I hold that view.  But this is not a blog about my views.)

This argument, though, contains a profound asymmetry that - as far as I have been able to find - is never pointed out.  If the criminal has no free will, and hence no moral culpability, then neither do the judge and jury.  We can't say that the criminals couldn't help robbing the bank without also saying that the jury can't help convicting them, and the judge can't help punishing them.

Either all the people in the system are clockwork, or none of them are.
Posted by Adrian Bowyer at 10:21 No comments: 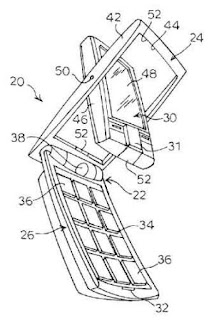 There are conservation laws for things like matter, and angular momentum.  You can't make more of either, or get rid of them.  If I have some angular momentum, and you take it, then I have less angular momentum.  But if I have an idea, then it doesn't matter who else knows about it - I still have the idea.  Information isn't a conserved quantity like the matter in my TV and my car, and the energy they use.  (And yes - I do know about the quantum Liouville theorem...)

It makes sense to prevent people stealing real physical property like TVs and energy.  But how can someone "steal" an idea?  The idea's creator is not, after all, deprived of it.

The creator is not even deprived of reasonable profit from the idea if someone else uses it.  All the creator has lost is their monopoly.  We usually consider monopolies to be a bad thing, and yet a monopoly is precisely what a patent or a copyright gives the creator of an idea.  If I want to make and to sell toothbrushes, then - quite rightly - I can't prevent your doing so too.  Why should I be able to restrict your freedom just because my idea is new?

The whole mad principle of "intellectual property" makes about as much sense as faith-based education or chiropractic, but it is entrenched.  How could we improve things without lots of lazy vested interests like drug companies and music producers bleating?

I propose the concept of a free patent (and its equivalent for copyright).  We keep patent law exactly the same, but add a "Free Patent" tick box to the patent application.  If a new idea's creator doesn't tick that box then they get their patent just like now.

If they do tick it, however, anyone else can use the creator's idea without paying any royalties.   But they have to pay tax on what they do, whereas the creator doesn't.

Governments would actually make more money in taxation - the non-idea-creator's tax bills would almost always outweigh the tax that would have been paid just by the creator alone.  The creator of the idea gets a real advantage from it - exclusively, no tax needs to be paid by them on the idea's exploitation.  And they also have no need to pursue patent infringers to keep their advantage (something individual inventors find financially impossible anyway).  So, finally, lots of lawyers have no patent infringement cases to fight and end up unemployed.

Result all round, I think.
Posted by Adrian Bowyer at 18:16 No comments: