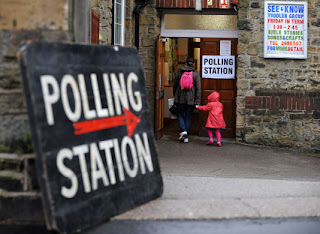 "Politicians are like nappies. They should be changed regularly, and for the same reason."  - Ken Dodd


It is beyond argument that democracy is the best form of government that humanity has implemented so far.  It may not be the best possible form of government (see here, for example), but it's the best we've tried.  Democracies are the richest societies on Earth; their populations have the longest life expectancy; and they have the worst immigration problems (which is another way of saying that everyone else wants to live in them).

But there is a superficial paradox: democracies are intrinsically inefficient compared to, say, dictatorships in the same way that a mob is less efficient than a disciplined army, and for the same reasons.  So why should an inefficient form of government work best?  The obvious answer - that government in itself is a bad thing and that less of it is therefore better - falls at the first counterexample: Somalia has no government at all, and it is one of the most unpleasant places to live in the World.

Democratic politicians are no less venal and corrupt than politicians working in other forms of government (read any newspaper for proof); indeed it is reasonable to suppose that much the same people would be running the government regardless of the political system under which they found themselves operating.  Think of any minister in your government and visualize him or her serving under Robert Mugabe ("I think it's best to work for change from within.").  It's not a big leap of imagination, is it?

No.  The reason that democracy works is not because it puts the right people in government.  There are no right people to be in government because no human being - you, me, Barack Obama, Wen Jiabao; none of the seven billion of us - has the faintest idea how to run a country.  (We merely all have opinions about how it should be done, which is not the same thing at all.)  The reason that democracy works is because it has a solid mechanism for removing people from power.

Having no government is bad (Somalia).  Government by the same people for a long time is bad (Zimbabwe).  But high turnover among governors is good.

We should simply vote in the way that is most likely to remove the current lot (whoever they are) from office. 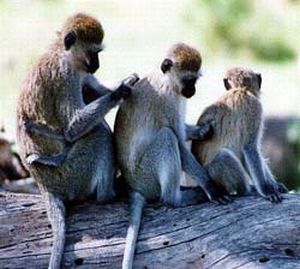 There are two main evolutionary theories of altruism: Fisher, Haldane and Hamilton's idea of kin selection, and Trivers' idea of reciprocal altruism.

Neither of these theories is mutually exclusive and both may operate together.  I would like to propose a third that may also be operating.

It is this.  Your fitness is increased if you associate with altruistic people, whether you yourself are altruistic or selfish.   In the latter case the others may well find you irritating, but even then - all things being equal - the others are less likely to act against you than more selfish people would.  Thus we would expect all individuals to seek out altruistic company.

Thus we should expect altruistic behaviour in the population as a whole to rise in response to the statistical effect that everyone is more likely to have children with altruistic people than they are with selfish people, simply because of the breeding opportunities provided by the ubiquitous preference for association with the altruistic.

This principle does not just apply to altruism and selfishness.  For example everyone - whether well or ill - will have a preference for associating with people who are well because the associators will then be less likely to catch something nasty from the associatees.  Thus we should expect disease resistance to rise, even above the rise that would be expected anyway simply because disease resistance is in itself intrinsically evolutionarily fitter.

Thus, let X be a characteristic possessed by animal A.  If, by associating with A, animal B increases its fitness regardless of whether B possesses X or not, then we would expect the proportion of X in the population to increase.

Note that I said "animal" - animals are motile and associate voluntarily.  This principle should apply to any organism that can move about and decide who its friends are, and it will apply particularly strongly in social species (us, say, or bats).  But plants, for example, and solitary animals (leopards, say, or polar bears) will be much less likely to exhibit the principle.

I have decided to call this selection by associative opportunity.
Posted by Adrian Bowyer at 13:49 1 comment: