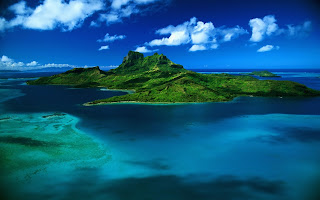 Dr Sam Peters stepped carefully along the island path.  It was nine in the morning, and under the leaf canopy the air was still cool, though the tropical sun was glinting fiercely off the sea ahead through the trees.   She came to one of her traps, which was empty.  She renewed the bait in it, then carried on.  The ultrasound detector clipped to her belt was silent.

After another thirty meters she arrived at the spot where she had gathered a fecal sample the week before.  Though heavily contaminated by bacterial DNA, her analysis had suggested that this was left by that rarest organism: a mammal new to science.   Her next trap was just a little further, on the other side of a fallen branch.  As she got to it and looked over she could see that it was occupied.  She smiled and climbed across.

The trap contained a mouse-like animal with a squashed and deformed nose.  It had enormous ears.  Dr Peters' smile expanded to a laugh of delight.  The animal had vestigial membranes between its front legs and its body.  It was a bat, flightless because of the lack of predation on its remote home.   As she carefully removed it from the trap, the ultrasound detector chirped.


That little story was not intended to be about bats, though it would be credible where there still to exist such a remote island any more on Earth.  It was about the smile and the laugh - regardless of the rest of the story, you didn't trip over those details as being implausible.

Jimmy Carr, who knows a thing or two about laughter, says that all jokes work the same way: you set up a situation in the listener’s mind, and then reveal the true situation to be otherwise by the punch line.  He was not the first to point this out.  The listener's laughter is a pleasurable response to a realisation that they were mistaken, but are now enlightened.

Our sense of humour is our scientific sense, distilled, our facility for systematic falsification, amplified.

There are many measures of different aspects of intelligence, and psychologists labour long to try to devise unbiased tests to quantify each.  There's everything from Spearman's familiar g, to the latest: my old friend Dylan Evans's Risk Intelligence.  But, as far as I am aware, no one has yet devised a proper psychometric test to quantify sense of humour, h.

It seems to me that devising a way of measuring h is long overdue.  And, once it has been established, it would be most interesting to try to correlate h with creativity and scientific innovative ability, and - differently - the ability to test scientific hypotheses.

Laughing at a joke is the internal reward that evolution has given us for seeing our hypothesis falsified.

Posted by Adrian Bowyer at 20:00 No comments: