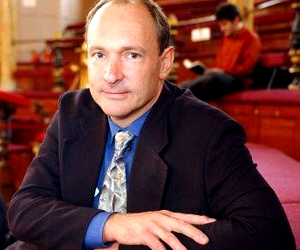 "Even the most powerful man on Earth, Barack Obama,...": thus some MP on a political TV show the other day that I flipped into by mistake.

This struck me as a decidedly ill-informed and parochial view.  It was rather as if Itzhak Perlman were to say, "Even the most powerful man on Earth, Sir Simon Rattle,..."

The bottom, least important, level is the level of rules.  That is to say, instructions said or written down by some people in the hope (a hope sometimes backed up by main force) that others will do as they say.  They are instructions like, 'You shall not eat pork,' or, 'Here you may not drive faster than 50 kph.'

The next level up is that of economics.  Money is more powerful than rules.   Or, to put it another way, the system of rules has to strain every last clause to have even a small effect on the world of money.  For example, possessing and trading in the alkaloids produced by the poppy Papaver somniferum are against the rules just about everywhere in the World.  And yet that trade is one of the World's most enduring, sustainable and profitable industries.

The next level up is biology in general, and human biology in particular.  Consider a teenage boy spending $200 on a pair of training shoes.  There's a perfect functional equivalent available for $50, and conventional economic theory says that those cheaper ones are the pair that he should buy.  But he is not buying shoes.  He is buying a peacock's tail.  The purchase is part of his breeding strategy, albeit probably a completely unconscious one.  Biology trumps money, and recently economists (to their credit) have recognised this and introduced a whole new branch of their subject - behavioural economics - to apply corrections to economics from the biology that overrules it.

The top level is that of physics - the substrate upon which all this other activity is played out.  No organism has ever evolved a perpetual motion machine; if one had, the results would have so out-competed everything else that all living things would work that way.  This omission might be because mutation had never chanced upon the right arrangement.  But the true reason is more profound: a living perpetual motion machine would break the Second Law of Thermodynamics, which is just about the most solid physical law that we have ever discovered.  Physics trumps biology.

Now we can see the depth of the MP's mistake.  Both he and Barack Obama are operating at the bottom level - they create and modify the rule book.  When they try to influence the next level above them - the world of money - it is as if they are operating a machine using levers made from jelly.  And they cannot hope to have any influence worth speaking of in the worlds of biology and physics.

To imagine that "the most powerful man on Earth" could be a politician is to make a category error.

The person who has made the biggest change to the world in our lifetimes - the most powerful man on Earth - did so by working at the biological and physical levels.  He used electronics to satisfy the innate biological need of people to communicate.  He is Sir Tim Berners-Lee.

The engine of history is engines...