How can we remove carbon dioxide from the air by doing nothing?  Read on... 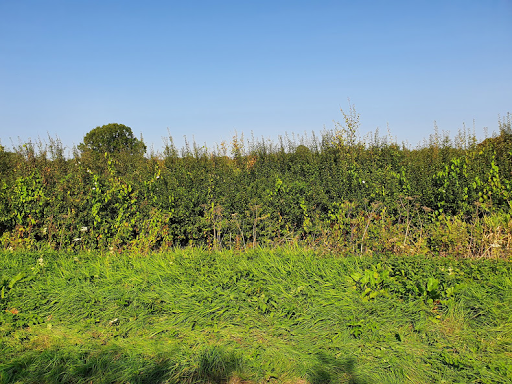 This, as you can see, is a hedge.  Hedges are made of trees that are forced to be mere bushes by repeated pruning.  This one, near my house, is in late Summer, just before the pruning is done. 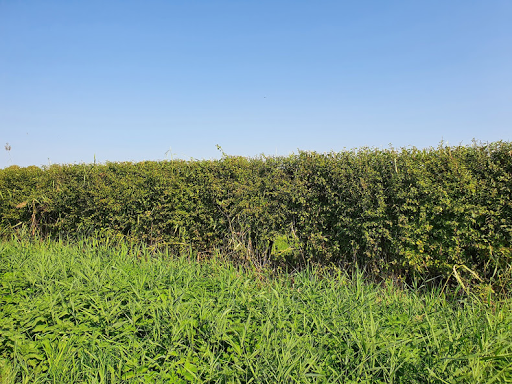 And here it is a little further along, just after the tractor and flail has passed over it.

But opposite it is another hedge that hasn't been, and now therefore can't be, pruned: 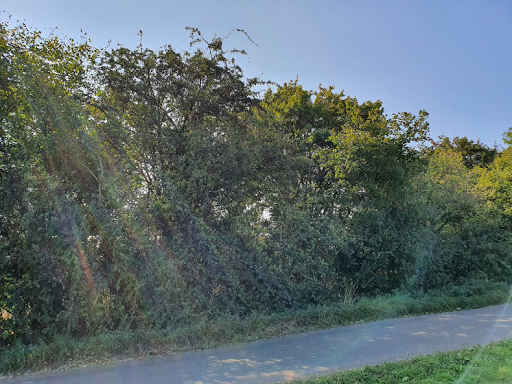 It has grown into a row of trees, though it is still a reasonably effective hedge.  It does, admittedly, have a few holes that the pruned hedge does not have.  I'll return to these below.

People have suggested coppicing hedges as biofuel to replace fossil fuels. But burning biofuel is neither very clean, nor is it very effective as a means of carbon reduction because it doesn't actually reduce atmospheric carbon, it is merely carbon neutral.  And coppicing would be quite a laborious activity, even with machinery.

So the obvious thing to do is to allow the vertical shoots in the first picture to become the trees in the third by not trimming the tops of hedges as in the second.  The bottom couple of metres of the sides could still be trimmed to stop branches growing across roads or into crops at low levels.  And the time saved by not trimming the tops could be spent wandering along with a dibber, collecting blackberries.  Don't eat them!  But, when you get to a gap forming in the hedge, plant a few brambles with the dibber to block it.  (You can eat the rest of the blackberries for lunch...)

What effect would this have on the UK's CO2 reduction strategy?

The UK has about 700,000 kilometres of hedges.  If they are about two metres thick on average, that's 140,000 hectares of potential trees.  The UK plans to plant 30,000 hectares of forest per year over the next 30 years to absorb CO2, so simply leaving the nation's hedges to grow vertically would achieve just under five years worth of the total (that is 15%) by doing nothing except a day's pleasant blackberrying once a year...