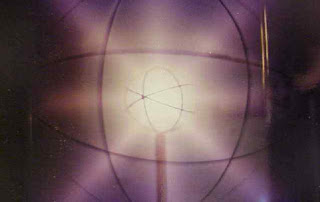 Back in the day, we all had a device in our homes that operated at a temperature of 300 million degrees Kelvin. It was our cathode-ray-tube TV, and that was the temperature of the electrons accelerated by the tube's anode hitting the back of the screen. The inventor of electronic TV, Philo Farnsworth, also invented a fusion reactor that relied on a similar principle: hydrogen isotope ions are accelerated by an electric field until they collide and fuse. Lots of people have made these, including amateurs, and they are an established technique for use as a neutron source in hospitals and the like.

Unfortunately, no one has yet made one that generates more fusion energy than the electrical energy you need to put in to make it work.

The picture above from the Wikipedia article on fusors shows one working. The fusor consists of two concentric spherical wire cages: an anode on the outside and a cathode near the middle. Positive ions are attracted to the inner cathode and fall down the voltage drop. The ions collide in the center and fuse.

My purpose here is to propose a variation on this principle that may produce higher collision energies and temperatures, leading to more efficient fusion.  (This may have been thought of before, in which case please let me know in the comments, though a brief search online has not revealed it.) 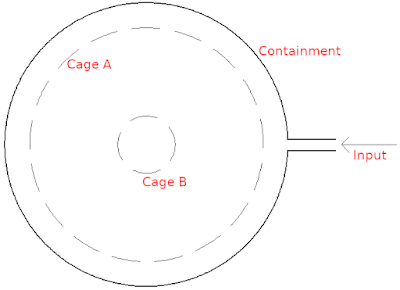 This diagram is very similar to the device I described above, except that a conventional fusor operates in a steady state with the ions continually flowing towards the centre. My proposal is for a cycle:

If this works at all, it is immediately obvious that the idea can be extended: a series of concentric cages of reducing diameter could be placed between the containment vessel and the centre. As the sphere of ions implodes a positive-negative voltage wave would be applied sequentially at increasing speed to the cages to match the moving ions and accelerate them faster. In this way the device would act rather like an electrostatic particle accelerator, but in the form of a sphere rather than a straight line.
It may be possible to apply a small positive voltage to each cage as the ion sphere implodes through it to reduce collisions with that cage.  It may also be possible to make the device in the form of a series of concentric cylinders, rather than spheres, to generate a line of fusing atoms along its axis rather than a fusion volume at the middle of a sphere.